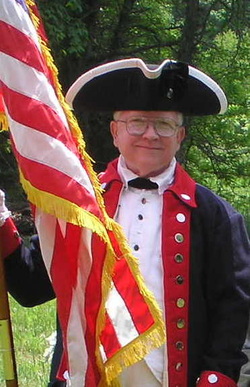 M. Graham Clark Chapter of the Sons of the American Revolution

J. Wayne Merrill serves as the Color Guard Commander/Historian for the M. Graham Clark Chapter of the Sons of the American Revolution. He is the Missouri Society SAR Chaplain and has served as president of the MGC Chapter. Mr. Merrill retired from Boone County National Bank, Columbia, Missouri, in September, 2007. He served several years on the board of directors of The American Safe Deposit Association and two terms as its president. He has served as pastor of the Wooldridge Baptist Church, Wooldridge, Missouri, since January, 1979.

Mr. Merrill was one of the founders of the Missouri State Genealogical Association in 1981, serving on the board of directors and was the first editor of the Missouri State Genealogical Association Journal. He traces his own ancestry back the Revolutionary figure, John Sidebottom, who fought in battles at New York Island, White Plains, Brandywine and Germantown. Mr. Merrill will be bring his wealth of expertise to demonstrate to fair visitors how they might be able to trace their own lineage back to our nation's struggle for independence. Don't miss this wonderful opportunity to learn to DO some hands-on history! 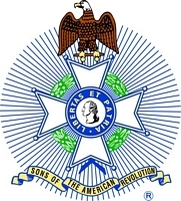