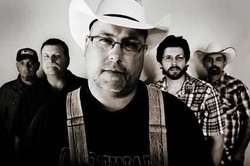 The 2012 Southwest Missouri Homeschool History Fair is excited to announce that members of the Ozarks own HonkyTonk Renovators will be on hand to take fairgoers on a musical tour of our American musical heritage.

Their front man and acoustic Guitar player is Splinter Middleton. He is a great singer/songwriter and formerly wrote for Mel Tillis Publishing as well as produced his own show in Branson, Missouri for 20 plus years with a big following. He has also been seen many times on RFD channel as a featured performer on “Midwest Country”. Two of his songs, performed by the “Honkytonk Renovators”, are being played on Texas radio on “Big G’s Texas Road Show” at KOOK 93.5 in Junction, Texas.

These guys are more than just a good dance band. They are an act with a direction that is nothing if not unique. One of the founders of the group is Jack Pearman, one of the best bass players you will ever have a chance to hear. He uses an upright “Doghouse” bass fiddle instead of the standard electric, and solidifies the foundation for every tune they play.

Their drummer is Steve Graham, another founder of the ensemble. He is also a great vocalist that stands as he plays only a kick drum and snare and that’s all he needs to keep this band “Rock-in”.

Their electric guitar player, Barry Bales, has traveled the world with Moe Bandy and with Mel Tillis as a member of the world famous “State-siders”. He has also performed on the Grand Ole Opry many times, including their National television broadcast on GAC network, as well as countless studio recording sessions.

This act is a smokin’ freight train right out of the chute. They have been referred to as “Johnny Cash on steroids” and they live up to it. It is also a group of great folks that are serious about what they do with a great number of years of experience in show and stage performance.

Don’t forget to mark your calendars and join us on the 19th of October for this exciting performance!